AusGEM research will begin to fill the existing knowledge gaps around the potentially devastating QX disease in Sydney rock oysters through genome sequencing of the pathogen Marteilia sydneyi.

M. sydneyi has been identified as the causal agent of a disease termed Queensland Unknown (QX), which affects the Sydney rock oyster (Saccostrea glomerata; SRO), and regularly causes mass mortality during epizootic outbreaks. The commercial cultivation of the SRO is an important part of both the New South Wales and Australian economy, with an estimated value of A$48.7 million in 2017/18.

Through a combination of second and third generation sequencing a completed M. sydneyi genome will be obtained. The availability of this genome will enable the research community a basis for developing advanced diagnostics, and a starting point for molecular epidemiological studies.

The completion of the QX genome will also allow AusGEM to begin a pilot study to investigate whether the transcriptome of each QX-infected SRO and its associated M. sydneyi transcriptome can be separated through alignment-based fractionation. If successful, this technique could later be used in an expanded transcriptomic study to understand the molecular interactions involved in QX infection and resistance. Results that, in turn, could have implications for QX-biomarker discovery and the development of tests for QX monitoring and disease detection. 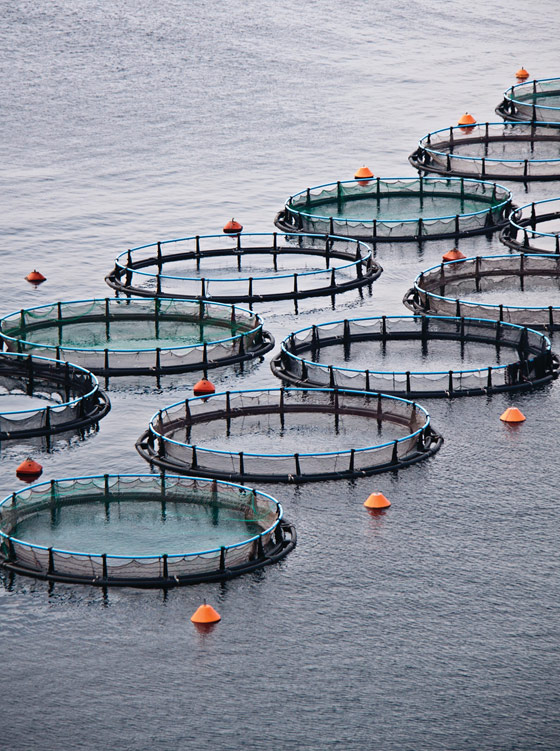 The almost $100 million-a-year Australian oyster industry has suffered a series of devastating infections and environmental stressors in recent years. In NSW, where the 70 million oysters harvested each year represent 30 per cent of the state’s total seafood produce, oyster-farming regions such as the Georges River and the Hawkesbury have been hit by expensive temporary estuary closures.

AusGEM researchers conducted a large-scale screening of the microbiomes of both Pacific Oysters and Sydney Rock Oysters using 16S rRNA amplicon sequencing, revealing that both the Pacific Oyster and the Sydney Rock Oyster microbiome is remarkably variable among different oyster families, and over space and time, indicating that both intrinsic physiological features of the oyster host and environmental factors play a role in governing the oyster microbiome. However, despite this heterogeneity, a sub-set of the Pacific Oyster microbiome was shown to be conserved across oysters within a species, pointing to the existence of a core group of microbes with important links to oyster ecology and condition. Similarly, a small group of microbes, including members of the Vibrio genus, were consistently associated with diseased or susceptible oysters, indicating a potentially pathogenic role of these microbes. In Sydney Rock Oysters, specific taxa were found to be associated with healthy and infected oysters and may have a role in health state and/or may be good indicators of disease resistance or susceptibility.

This knowledge application will be transformative for the oyster industry by enabling them to more accurately predict disease outbreaks and take steps to prevent or mitigate the costly damage to the valuable molluscs.

Contaminated water as a source of antibiotic resistance

Concern is growing that antibiotic resistance may be significantly spread indirectly via effluent from farms, hospitals and nursing homes in addition to the direct impacts from overuse of antibiotics.

In 2017, the Australian Commission on Safety and Quality in Healthcare found that carbapenemase producing bacteria, which are resistant to even the last-line antibiotics, are now endemic along the east coast of Australia. AusGEM researchers tracked their presence i to determine if the genes that convey carbapenem resistance are being passed between different bacterial communities.

AusGEM researchers monitored potential sources of water and land contamination to determine whether the waste is introducing antibiotic resistance genes and drug resistant bacteria into the community. One project looked at the possibility of the common seagull, the silver gull, as a carrier of antibiotic resistance due to its foraging in rubbish dumps.

In 2018, AusGEM researchers sampled faeces from gulls from NSW’s largest breeding colony on Five Island Reserve, which is 500m off the coast of Wollongong and 12 kilometres from the city’s Whyte Gully rubbish tip where up to 6,000 gulls have been counted leaving the tip every hour. They compared the antimicrobial-resistant bacteria found in the gull samples with the bacteria already isolated from bird scats obtained in the back waters of NSW marshlands.

The outcomes of this research can be viewed in Publications #84 and #88.

In addition to applying a genomic lens to antimicrobial water contamination in Australia, AusGEM has been applying its expertise to assist researchers at the University of Warwick and the University of Exeter in the United Kingdom.

The UK researchers have been studying the prevalence of antibiotic resistant bacteria in water and sediment samples from the River Thames, initially focussing on sites in the vicinity of waste water treatment plants.

They have called on AusGEM’s genomics and bioinformatics expertise to help determine exactly which genetic elements that enable resistance to antibiotics are present in one of the world’s most famous waterways and how these are being distributed. The collaboration has now expanded to include hundreds of water samples from British beaches.