AusGEM researchers are developing a tool to be able to quickly identify the emergence of new infections within communities and across the country.

If a clinician obtains the DNA analysis of a blood or tissue sample from a patient with an infectious disease – such as E. coli – the software is able to compare it with those submitted from different clinics. And, if a number of similar genomes are identified, it indicates there may be a single source of infection such as a common contaminated food source.

Identifying an infectious disease outbreak before it peaks allows governments and regulators to quickly respond – by recalling an identified product – and therefore limiting the spread of disease.

AusGEM is working in partnership with a public health laboratory in NSW to pilot the new technology-based process.

AusGEM research is being supported through collaboration with hospitals in NSW and internationally.

In Australia, the Royal North Shore (RNS), Concord, Orange Base and Sydney Adventist (SAN) hospitals were involved in an epidemiological survey to determine the presence of antibacterial-resistance in patient populations.

Hundreds of samples obtained from these hospitals have been sequenced and analysed to allow the characterisation of complex antibiotic resistance gene loci (CRL) – places in the genome where groups of resistance genes cluster. 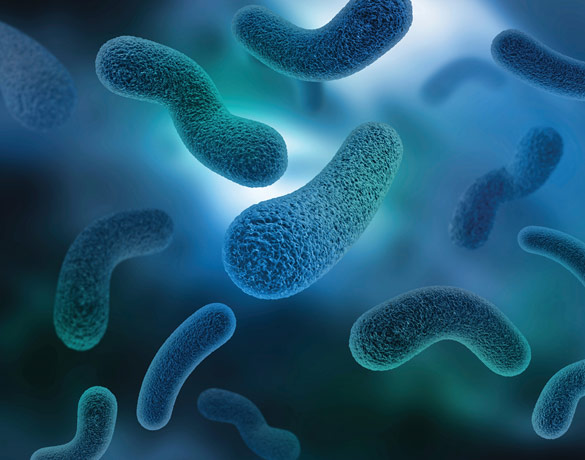 Mapping the spread of antibiotic resistance

At the start of 2017, the World Health Organization (WHO) listed the multidrug resistant Pseudomonus aeruginosa as one of the top three critical pathogens for which new antibiotics are needed.

AusGEM researchers have worked with samples from burns victims treated at RNS Hospital in Sydney who have been infected with Pseudomonus aeruginosa to better understand the way in which bacteria acquire resistance to some or all antibiotics.

Using genetic sequencing of multidrug resistant P. aeruginosa, AusGEM researchers have provided new insights on how this group of bacteria is rapidly becoming resistant to almost all known antibiotics. Their work has defied the traditional dogma about how clusters of resistance genes can move between different bacteria. Generally, genes that confer drug resistance spread through bacterial populations as mobile units called plasmids that can replicate independently.

The new discovery has revealed that antimicrobial resistance can spread as a group of genes that inserts itself into the host’s existing DNA and replicate along with it. These groups of resistance genes would therefore not be affected by the novel strategies aimed at blocking the transfer of antibiotic resistance genes through targeting plasmids.

Moreover, the gene groups that integrate into the bacterial chromosome can also include DNA segments that promote virulence, meaning that the two characteristics are dispersed together, making the pathogen untreatable.

The outcomes of this research can be viewed in Publications #33 and #38.